Novosti
Home Events in the city The 29. edition of DEUS: more than 50 art programs will mark December cultural scene of Podgorica

The 29. edition of DEUS: more than 50 art programs will mark December cultural scene of Podgorica

Traditional manifestation December art scene which is being held every year under the patronage of the Capital and in production of Secreteriat for culture and sport, will begin tomorrow with projection of documentary movie regarding 140 years of National Library “Radosav Ljumović”. On that occasion, a press conference was held where a rich program was presented in which all lovers of culture in Podgorica will have the opportunity to enjoy.

The Secretary of the Secretariat for Culture and Sports of the Capital City of Podgorica, Ana Medigović, and the Coordinator of the Department of Culture, Nela Gligorović, spoke about the DEUS program.

Following the concept of the manifestation, according to this year edition of DEUS, from 1. to 30. december, the audience will be able to attend high-quality domestic and regional literary, theater, as well as programs in the field of visual arts. Because of the specific epidemiological situaton, the music program this year has been postponed. In case of improvement in epidemiological situation, the audience will be able to follow the musical program in the open- within Podgorica holiday market. A novelty, compared to previous years, are programs intended for the youngest citizens, called “Children’s Weekends”. That part of the program covers children’s workshops for making new Year’s decorations from 4. to 18.december, that will be held on Saturdays, while the New Year’s show “Magic book” will be performed on Sundays, from 5. to 26. december.

Opening of DEUS on 1. december at 20 h, will mark the premiere of the documentary film “140 years of the City Library”, author Momir Matović, dedicated to the jubilee of the National Library “Radosav Ljumović”. The film actually represents historiographical homage to the oldest institution of culture in the Capital.

From 2. to 5. december in Great hall KIC “Budo Tomović”, from 20 h, there will be a review of performances by the famous Belgrade production company BeoArt. Lovers of theater in Podgorica, will be able to watch popular shows: “Reader”, “Amateurs”, “Anika and her times” and “Black Box”, in whose realisation are participating famous directing and acting names. Shows “Reader” and “Anika and her times”, are inspired by parts of the famous writers Bernard Šlink and Ivo Andrić.

Monday the 6th december, at 19 h, The Zagreb curatorial collective “BLOK” will present itself to the Podgorica audience. The speakers on the promotion will be: Ana Kutleša, Vesna Vuković and Dunja Kučinac. The visitors will have an opportunity to hear how the Collective was founded, and they will also get acquanted with the activities and models of financing, as examples of an important practice in the region. Focus of the conversation will be on following programs realized by “BLOK” : Artists for the neighborhood / Neighborhood Museum as a framework for action and work in the local community; Micropolitics through the presentation of socially engaged artistic practices. Conversation with founders of the collective will be moderated by Nela Gligorović. This program is being realized in cooperation with the organization “Theorem”.

In cooperation with ambassador of Canada, within campaign „16 days of activism“ , Tuesday the 7th at 18 h, will be held a projection of a documentary film „A better man“. The following day, 8. december at 20 h, will be held gala concert of the Folklore Ensemble of KIC “Budo Tomović”, on the occasion of its 75th anniversary.

Within the theater program, we are pleased to announce two premieres of the City Theater, as follows: 10. december show „Zelena čoja Montenegra“ directed by Nikita Milivojević, and 27. december, on the Day of City theatre, the premiere of Shakespeare’s play “Tamed Goropad”, adapted and directed by Macedonian director Dejan Projkovski.

Litrary program this year will be marked by lots of promotions, tribunes and author’s nights. At Thursday, 2. december, will be arranged promotion of the novel „Return to Jusovača“, by the famous journalist and publicist Danilo Burzan; Promotion of the magazine „Grlica-Kalendar crnogorski 1835-1839“, will be held Tuesday 7. december at 19h; Promotion of the book „My journey to the top of the world“ , written by Dragutin Vujović, 8. december. For December 9th, are reserved the promotions of the VII Proceedings of the Forum of Young Writers of KIC “Budo Tomović” “Searching the Notebook” and the promotion of the book “Identity Aporia: Defense of Montenegrin Identity (discussions, columns, interviews)” by Milorad Nikčević. Promotion of the novel „Peridot“, by author Ljubomir Mudreša will be held 13. december, and on 14. december the audience will be able to attend the promotion of publication “Playful Painting Company” by Seida Belegović and a literary evening dedicated to correlations and parallels in the works of Miroslav Krleža and Mirko Kovač. The tribune of the City Theater “Rebellious Woman – Punished Woman” will be held 15. december.

KIC „Budo Tomović“, 16. december, will celebrate its jubilee – 55 years of existence and on that occation a ceremony will be held, for which the scenario is signed by Nada Bukilić, and directed by Zoran Rakočević.

Art program of this year’s DEUS is also very rich and interesting: at Friday, 3. december, at 19h, in the gallery of Natural History Museum will be opened the exhibition “Nature to the Touch”, dedicated to the Montenegrin flora and fauna. At Saturday, 11. december, all until 11. january, the citizens of Podgorica will be able to see the exhibition in the public space “Architecture”. Sculpture. Memory. The Art of the Monument of Yugoslavia 1945-1991 ”, Dessa Gallery from Ljubljana. The curators of the exhibition are: Boštjan Bugarič, Kristina Dešman, Maja Ivanić, Špela Kuhar, Eva Mavsar, Špela Nardoni Kovač and Damjana Hudnik. Same day, at 19h, will also be held round table on the topic “Socialist monumental heritage”, where Boštjan Bugarič, Kristina Dešman, Slavica Stamatović, Janko Ljumović and Nela Gligorović will speak. Exhibitions of paintings by painters Tijana Gordić and Milena Jovićević are scheduled for the 16th and 17th december.

On the Day of the Capital Podgorica, 19. december at 20.00h, in Modern gallery will be opened an exhibition „Svetlana Kana Radević: post-war architecture between the center and the periphery ”. The audience will, through this exhibition, be able to get to know the personality and work of the most important Montenegrin architect Svetlana Kane Radević. It will be open until 1. March.

At Monday 20. december, there will be a promotion of the edition ” A word about graphics”, author Igor Rakčević. Every Tuesday and Thursday from 7. to 28. december, workshops on contemporary graphics “Graphic Lab” will be held under the mentorship of Rakčević. 25. and 26. december will be held „XVI Observation of short video forms“ in KIC „Budo Tomović“.

DEUS 2021. will, traditionally be closed 30. december, with the solemn annual concert of the High School of Music “Andre Navarre”.

We note that all programs of this year’s DEUS will be implemented with full respect for current epidemiological measures, prescribed by the Institute of Public Health of Montenegro.

Program of this year’s DEUS can be found on the link DEUS. 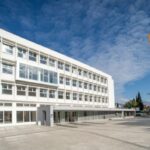 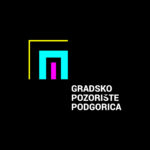