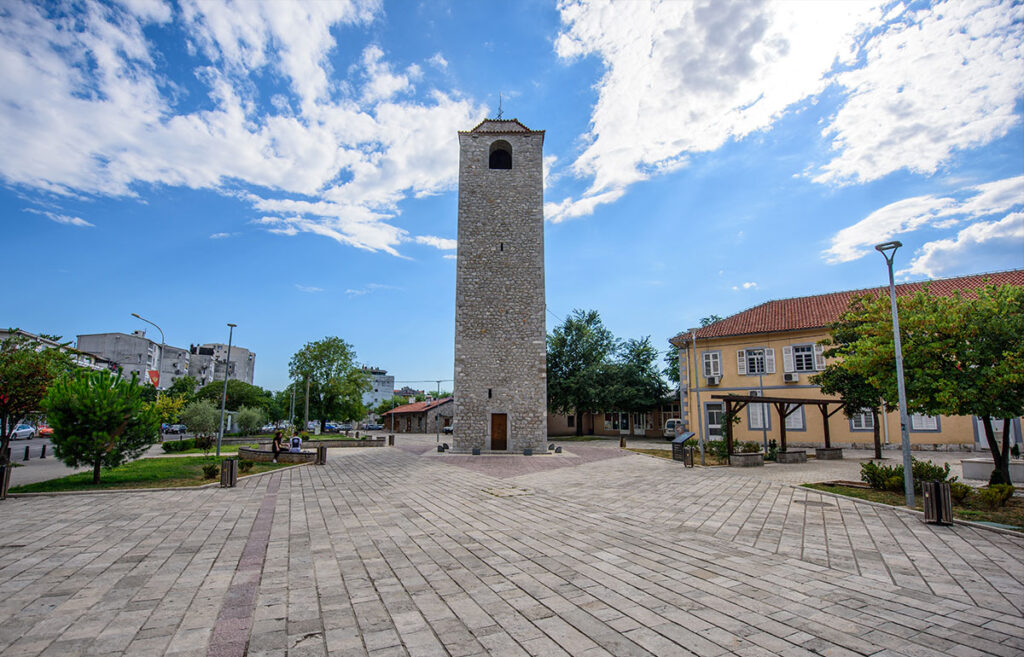 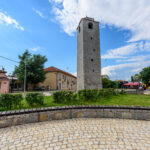 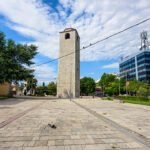 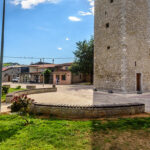 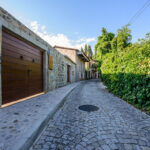 The Old Town, with its urban and architectural forms, customs, lifestyle and oriental characteristics, was a core of the old Podgorica in the period of Ottoman Empire (1474 – 1879). The symbol of the Old Town is a Clock Tower, the building located in the Square of Bećir Beg Osmanagić. It was built in the XVIII century by Mehmed-Pasha Osmanagić. An interesting fact is that at that time he ordered a watch from Italy. In the town there was the Turkish fortress Depedogen (popularly called Ribnica) built in 1474, after the Ottomans had conquered the medieval square of Podgorica. The waqf building, located next to the Clock Tower was demolished in the middle of the 20th century. 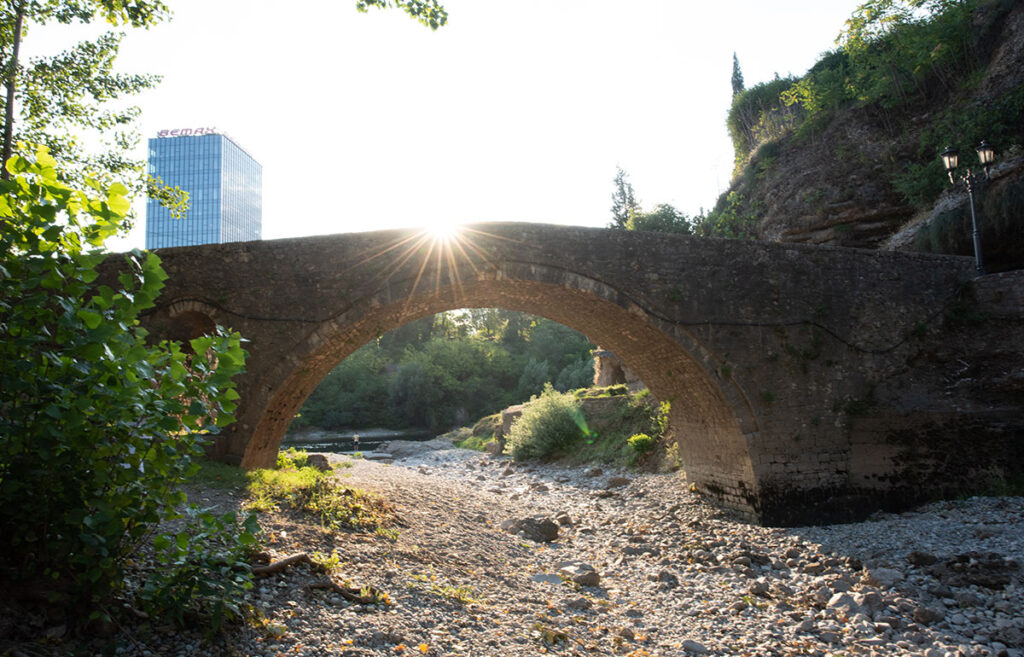 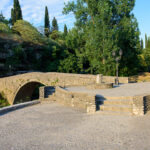 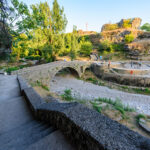 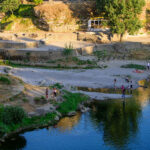 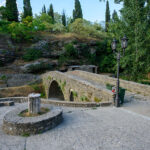 Podgorica citizens especially love this favourite romantic place, and the youngsters gave it a nickname Skaline. The old stone bridge at the mouth of the Ribnica in Morača, dating back to the Roman times, is the oldest in Podgorica. According to available data, this bridge is one of the few remains of the former Grimm city that was located in this area. Older inhabitants of Podgorica call this bridge “A bridge on Sastavci”, because the area around the mouth of the Ribnica in Morača was called Sastavci. The bridge is built of a single arch and it is only a few meters high. The story goes that it has been built from the river rocks and has always been a favourite meeting place for lovers, a gathering place for young and old, where they refresh themselves in hot summer months, in a pleasant natural area, just by the river.

The sunset from “Podgorica Bridge of Sighs” is something that cannot be forgotten. 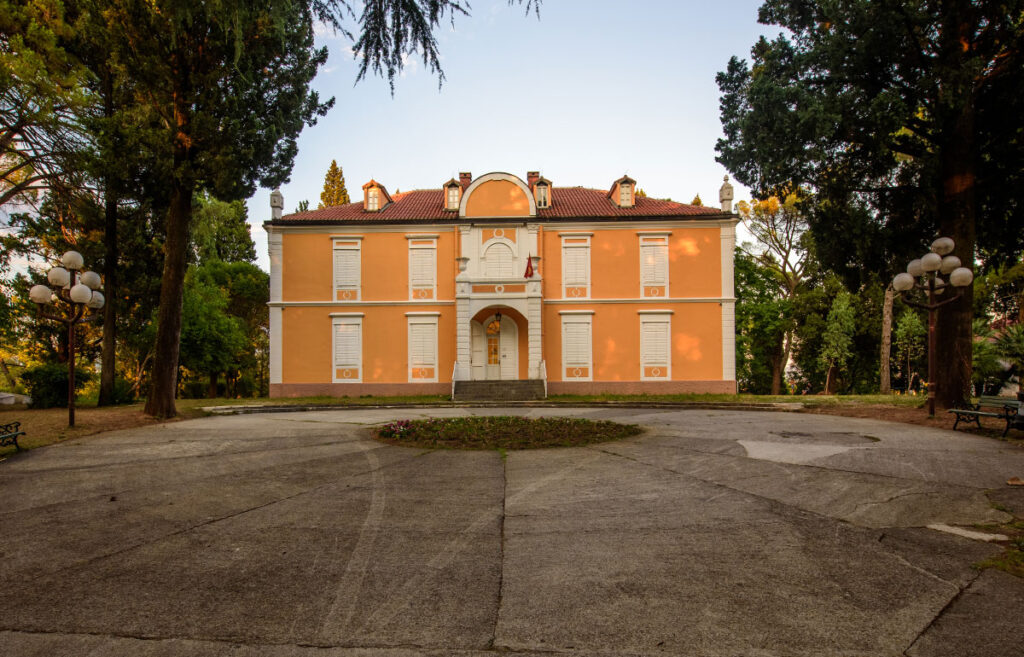 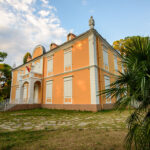 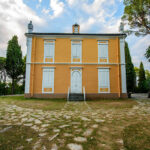 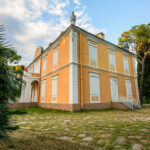 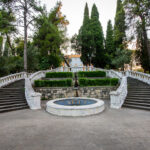 The former winter castle of King Nikola I Petrović is surrounded by a beautiful park forest and during the summer months it represents a unique art and exhibition scene and it is one of favourite places of fellow citizens. The complex in Podgorica, located on a hill, on the right bank of the Morača River was built in the 19th century. The main building of the complex is a Palace of King Nikola, which was built in the period from 1891 to 1894, and during the past it was the official Winter Residence of the last Montenegrin king. Perjanički dom and the Church of St. Dimitrije, which was also the family chapel of Nicholas I, were built next to the castle.

Today, the Palace Complex in Kruševac is the seat of the Center of Contemporary Art, an exhibition space, a botanical garden, as well as a music pavilion, which was built at the end of the last century. 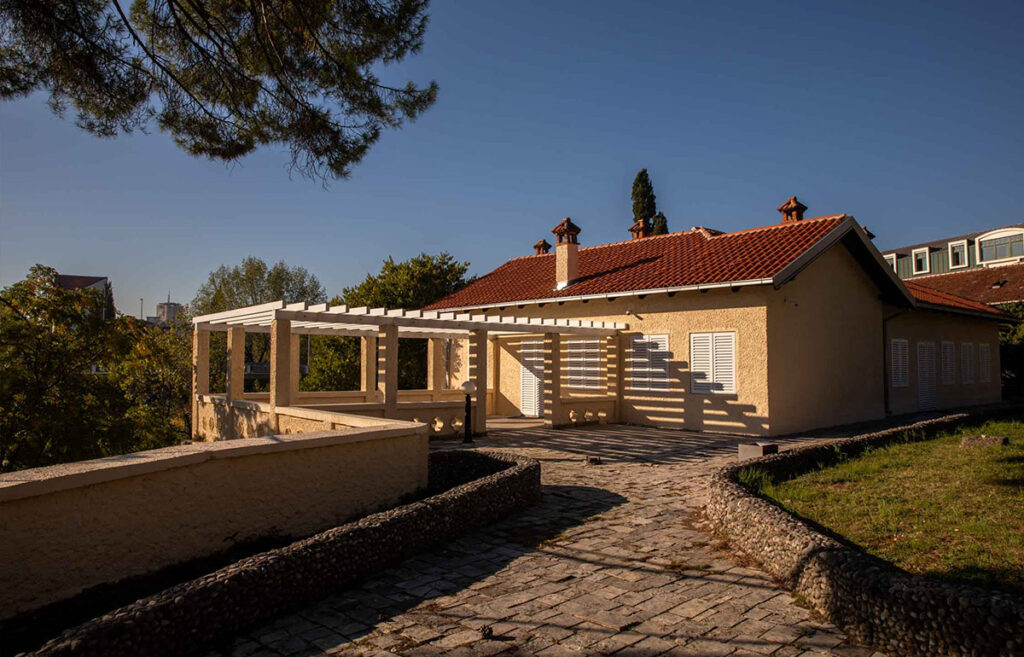 Kuslev`s house belonged to the dentist Dr. Hristo (Risto) Kuslev, who came to work in the Principality of Montenegro after finishing his studies in 1908. Kuslev was born in 1883 in the town of Kukush, in former Macedonia. In the twenties of the XX century, this famous dentist built a house in the right bank of the Ribnica River, where he immidiately placed a dental clinic and performed practice. With its unique windows, entrance openings, stair­cases, spacious porches and terraces, Kuslev’s house is one of the rare buildings in Podgorica that has preserved authentic Balkan architecture of the early XX century. It is one of the few buildings which survived a bombing in 1944. After World War II, the house was used for various purposes and for the longest period of the time it was used as a part of a City Museum, to which it still belongs today. The house interior is presented in form of an exhibition- ‘Kuslev’s house – a journey through time’, which gives an insight into the life and work of this famous den­tist, who lived his entire professional life in Podgorica. 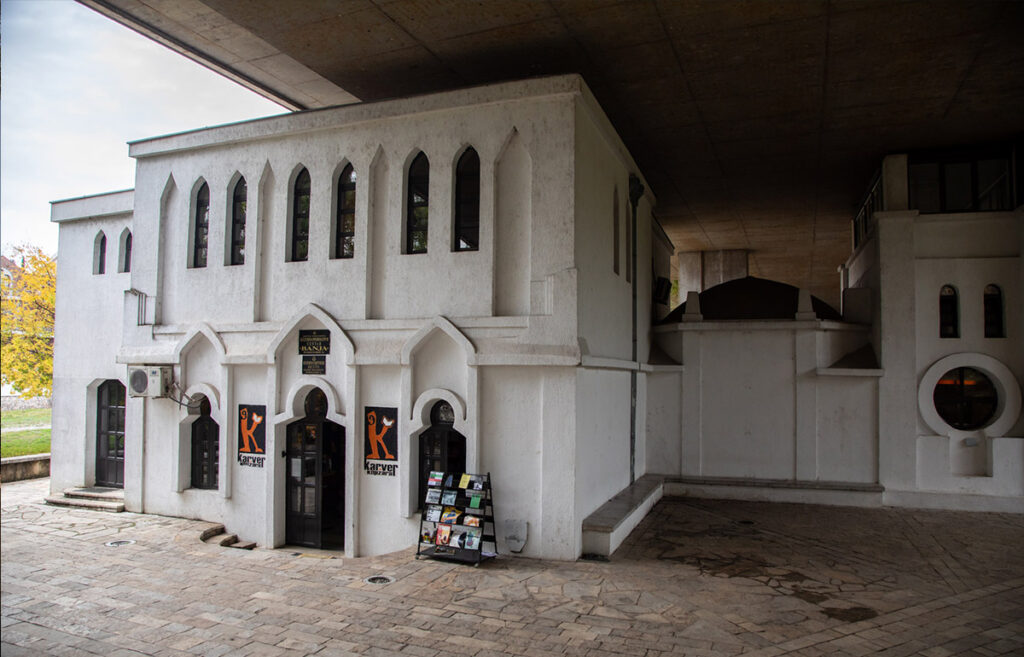 The former hammam (bathroom) was built in oriental style during the Ottoman period. It was designed as two single – storey architectural units of different bases, which were connected to the third ground floor. The extravagant architecture was dominated by three domes combined with a gable roof.

Later, it was turned into a public bathroom, so called Bath. This was reported by the newspapers in 1926: “Podgorica got a new cultural heritage. On March 16th this year, the modern bathroom was completed, with bathtubs, showers, and on that day, it was put in function”.

Only the middle one of the three domes has been preserved to this day. The former Hammam now hosts a bookstore ‘Karver’, which organizes literary events. 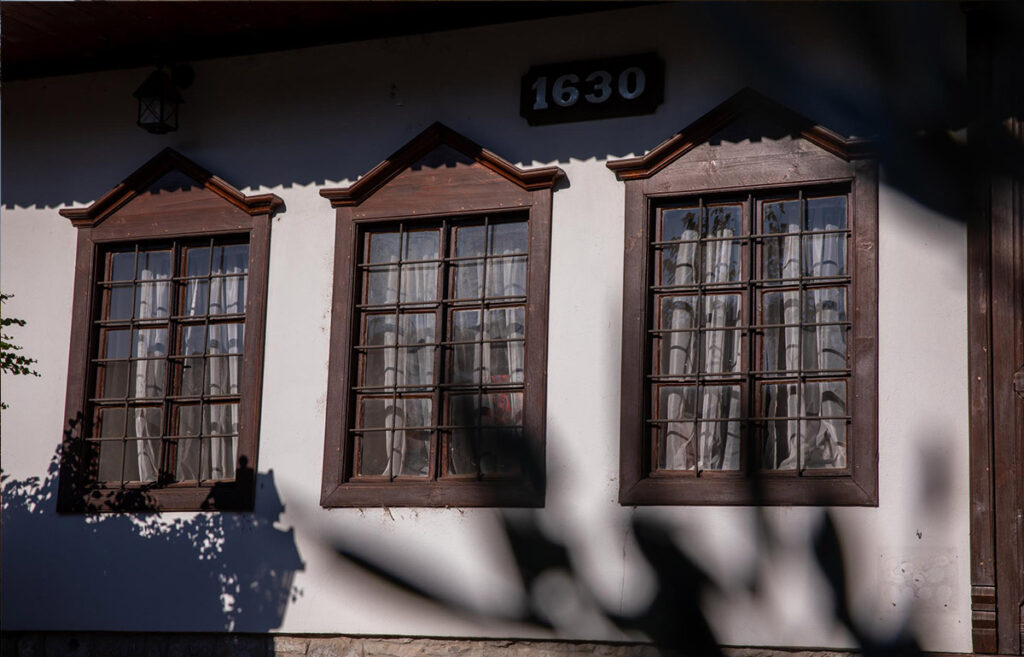 It was built in 1630 and it is legally protected, as a significant kind of cultural and historical building. After the liberation of Podgorica from the Ottomans (January 1879), it was also served for a time as the seat of the first local government and municipal administration, first with Duke Ilija Plamenac and then with Duke Marko Miljanov at the head.