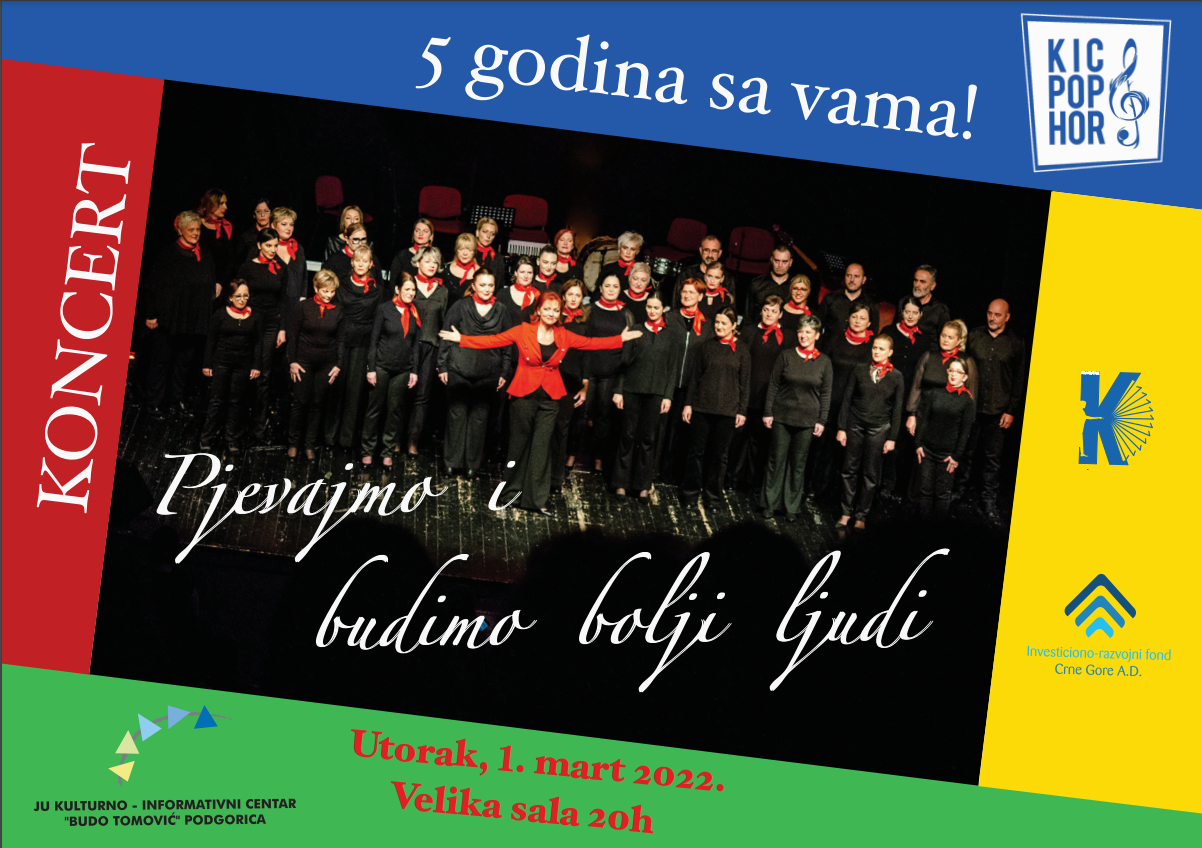 The first Montenegrin pop choir will celebrate its fifth birthday with a concert called “Let’s Sing and Be Better People”. The music and stage spectacle will be held on Tuesday, March 1st 2022, on the big stage of the KIC “Budo Tomović” starting at 8 p.m.

The most popular Montenegrin choir, at its 60th concert, will present a mixed repertoire, with well-known domestic and world pop and rock hits (Mene voljela, Titograd, Gypsy song, City of stars, Freedom, Hava nagila, Da si tu, Volio is the woman of his life…), he will sing a part of his anti-fascist repertoire (Konjim planinom, Beća ćao, etc.), all under the baton of conductor prof. Zoje Đurović, Master of Conducting.

The golden friend of the concert is the Investment and Development Fund of Montenegro. 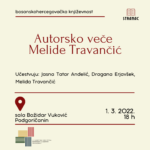 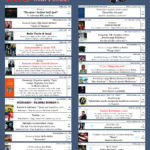